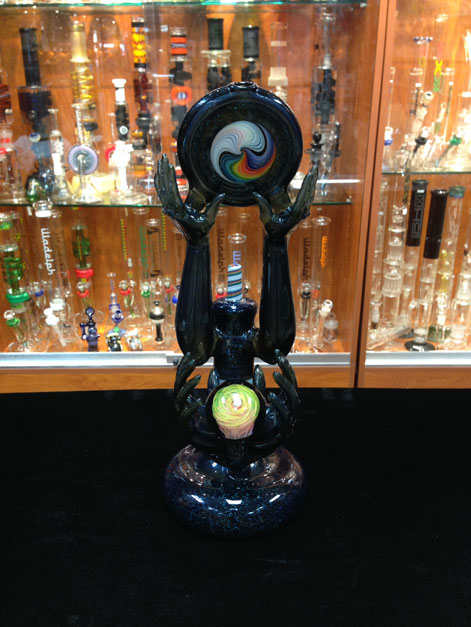 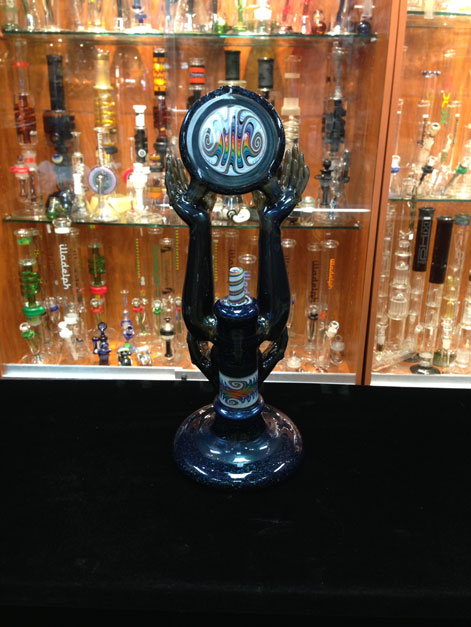 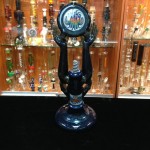 “Eusheen was born in a small village known as Takilma Oregon on january 3rd 1979. He comes from a family full of artists and musicians. His mother being a textile weaver and songwriter along with many other arts, taught Eusheen from a young age how to live off of art, how to travel and be nomadic. By age 18 Eusheen was traveling through out the country on his own working at Renaissance Faires, living a gypsy type lifestyle.

It wasn’t until January of 2000 that Eusheen was working at a smokeshop in Grants Pass Oregon that he discovered the art of Flameworking glass. He was inspired and moved into a small apartment next to a studio with other lampworkers spending the majority of his free time on the torch. Eusheen apprenticed with Mike Luna for two years and had lessons with Darby Holm early in his career. After getting the basics of lampworking down Eusheen continued to travel around the country with his new found art. Finally in november of 2005 he stopped in Tucson Arizona where he became re-inspired. Attending the Flame Off, Best Bead Show and Gem Show Eusheen felt a strong connection to the glass art community and met many other artists.